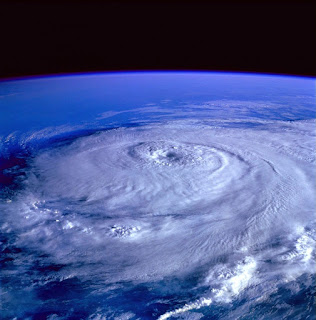 At this point in time we in the United States are facing a major hurricane coming into Florida. Just a couple of weeks ago Texas experienced devastation resulting from a hurricane as well. Apparently there are a couple more hurricanes out at sea waiting their turn as well.

My sister and I have attempted to take up his mantel but apparently it died with him.

This morning I was once again attempting to tune in to the spirit  of the hurricane and speak peace to its core. I saw that something larger than the hurricane was the moving force behind it. Something not of this realm. This surprised me so, at the direction of Spirit, I just began to send that force love and light. I asked for the Angels of Light to come to the source of the hurricanes as well as all areas of our planet that are feeling disturbed. I asked the Angels of Light to surround the force with love and light and carry it to wherever it could be transformed to a beneficial force for good.

Jesus spoke to storms. His words were Peace. Be Still.

Let us speak to world leaders. Peace. Be Still.

Let us speak to the spirit of discontent. Peace Be Still.

Let us speak to greed, control, anger, fear, and dispair.

Will my prayers for peace be effective to slow down this storm? I don't know. I am just one person. But David killed Goliath with a stone from his slingshot. Why not?

It could not hurt if we all spoke to this storm and called for peace. Send love to its core and to the force behind it creating the destructive energy. Love rules all. Peace to the storm and to the unrest within many at this time in history.
Posted by Whispers of Joy at 1:50 PM

Promote Your Page Too

I am not a medical doctor, therapist, psychologist, or other professional consultant. Suggestions posted here are my own thoughts and musings as well as messages sent to me by my Angels and Guides. Although I stand by the things I write here, I would not advise you to go against any professional advice you have been given, unless your heart tells you to do so. I also would say that any rituals suggested here do not forgo the need for addressing important issues in your life or consulting medical help if necessary! If you do, you are on your own! It has also been suggested that I claim that this is for entertainment purposes only. I would suggest you listen to your heart and decide for yourself. If this is entertaining to you, great! If it changes your life for the better, great! You are the final judge as to how these messages speak to you. I am not responsible for the results of any choices you make based upon my thoughts and inspirations. Blessings to you as we all navigate this journey together with the skills we obtain along the way.