Tomorrow is the day we celebrate Independence. But are we independent? 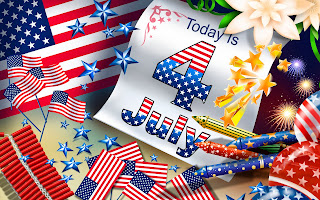 Originally we were under the control of England, and living a life under the cover of a country miles across the ocean became difficult. We secured our independence, but then a certain class of people found themselves the lords over another class of people. Even though our forefathers declared that we were all created equal, what they really meant was that all the white men were created equal. Those of other colors or other genders were not included.

This blog is not about politics, believe it or not.

No matter what your beliefs are, or where you stand on equal rights for all citizens, I am here to declare that the one that keeps us enslaved more than any one else is ourself! Our own thoughts hold us captive. Even if the law declares that we are equal, if we feel that we are a victim, we will experience our lives as a victim. We will notice circumstances that appear to reinforce our belief.

I have found myself constantly fighting an underlying belief that those of other belief systems have a dim view of what I do, and may be sending energy (or prayers) my way that is not in line with my highest expression of my soul.

It is time that we woke up and realized that the only one holding us back from experiencing the highest expression of our souls is ourselves.

Let us take this Independence Day to declare INDEPENDENCE from limited thinking!

We are light. We are the creators of our destiny. It is up to us to declare our intentions for how we want to live our lives!

Let us not limit Spirit when we declare into the realm of Spirit our intentions.

I have a client who recently declared independence from a marriage that was once delightful but had ceased to be so. She had relocated, and, as expected, found herself having good days and bad days.  She had decided to buy a house and was right on the verge of closing when an unexpected hiccup showed up to halt or at least postpone the closing. She had already hired movers. She had already given notice at her current location. She was distraught!

She came to me to find out the best plan of action.

We decided to do a Full Moon ritual calling in the best solution. Knowing that this was the house she wanted to live in, we wrote the address on a piece of paper and placed it in the middle of the floor. We danced around the piece of paper, declaring to the Universe that we were calling in for her this house, without expectation of how this was to occur. We beat our drums and rattled our intentions to the Universe, the same way Joshua led the Isrealites around the city of Jericho when they claimed it as their own. Now I am not advocating displacing another group of people so you can have what is theirs, but the ritual worked for them and has worked for me numerous times to secure something I wanted, as long as it did not interfere with or cause harm to anyone else in the process!

The next day she called and was ecstatic!

The owners and her had worked out a solution and she was moving forward with moving in to the house!

She declared her independence from limited thinking! She allowed Spirit to work out a solution to a perceived limitation from her living her life in the house of her dreams!

Allow Spirit to find solutions to problems that are keeping you living a life that is less than spectacular.

Celebrate your independence from anything that is stealing  your joy or keeping you from living a life of peace and abundance!

As our forefathers declared, we have been given the inalienable right to life, liberty and the pursuit of happiness!

Promote Your Page Too

I am not a medical doctor, therapist, psychologist, or other professional consultant. Suggestions posted here are my own thoughts and musings as well as messages sent to me by my Angels and Guides. Although I stand by the things I write here, I would not advise you to go against any professional advice you have been given, unless your heart tells you to do so. I also would say that any rituals suggested here do not forgo the need for addressing important issues in your life or consulting medical help if necessary! If you do, you are on your own! It has also been suggested that I claim that this is for entertainment purposes only. I would suggest you listen to your heart and decide for yourself. If this is entertaining to you, great! If it changes your life for the better, great! You are the final judge as to how these messages speak to you. I am not responsible for the results of any choices you make based upon my thoughts and inspirations. Blessings to you as we all navigate this journey together with the skills we obtain along the way.